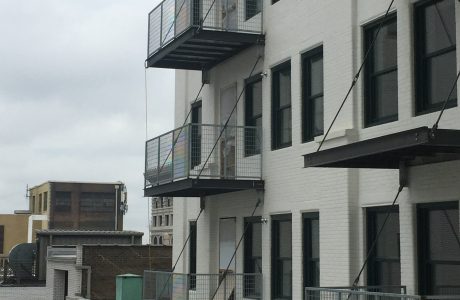 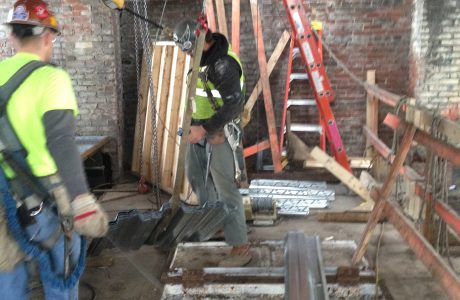 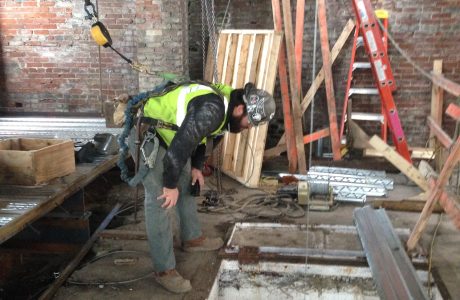 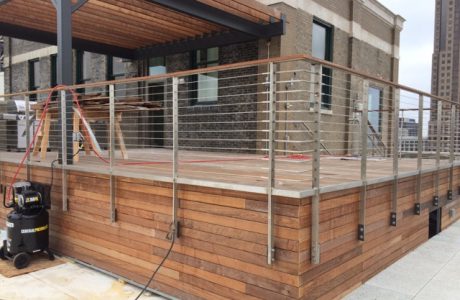 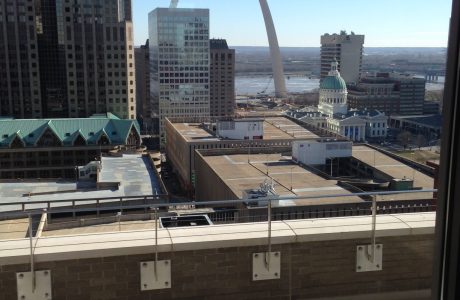 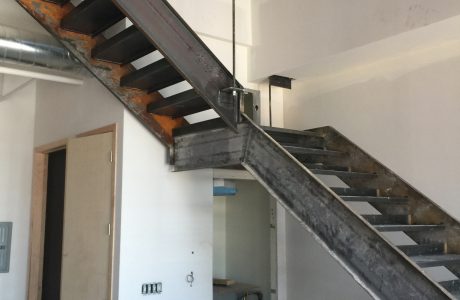 Project Description:  The Arcade Building itself is really two separate buildings: the Wright Building built in 1906, and the Arcade Building, built in 1913, which essentially wrapped around the existing Wright Building. The Arcade was once declared to be the world’s tallest reinforced concrete building. Because it was built during World War I, it has a reinforced concrete frame, as most of the nation’s steel production was diverted to military use at that time.

On this project Acme was engaged by Paric Corp. to provide total steel package services which included sequencing, detailing, connection design, fabrication, and installation. Our scope included infills, opening frames, canopies, mezzanines, and stair systems. A few of the more complex challenges on the project involved removing two interior columns on the 1st floor and re-supporting the structure above with site assembled trusses. These trusses were 46’ long and 16’ tall. Assembling the trusses on-site was completed utilizing access holes cut in the floor slab on the 2nd floor.

Further, We were challenged with the repair of existing bronze handrail on site and fabricating and installing new bronze railing to match.