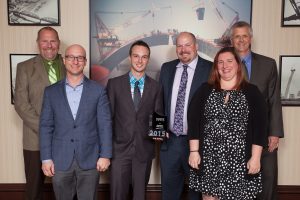 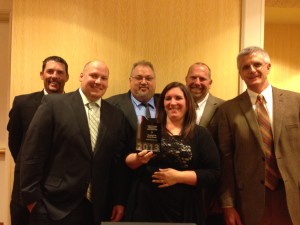 Acme is not only the largest steel erector in St. Louis in, but also the best 2013, 2014 and 2015!  Acme is very proud of this three-peat award.  Nominations were submitted to the AGC of St. Louis for specialty contractors in 11 disciplines.  General contractor members then voted on the best subcontractor in each category.  For the third year in a row, Acme took home the first place award from the AGC of St. Louis for Structural and Finished Metals.  We are happy that our clients voted us #1 and look forward to continuing to provide the best service in the St. Louis Area. 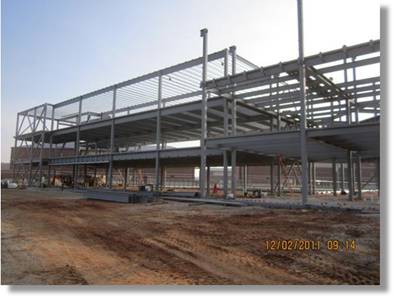 The U.S. Army Corps of Engineers, Kansas City District recognizes Mortenson Construction and all of its subcontractors on the Fort Leonard Wood Military Base BCTIII, Phase II Lost Scope Project.  Acme provided a 350 ton complete steel package to Mortenson on this project and engaged Hammerts Iron works as the fabricator.  Acme worked closely with the fabricator and the general contractor to plan, execute, and deliver an exceptional product.  View a the award letter here:  http://acmeerectors.com/u-s-army-corps-of-engineers-award-letter/. 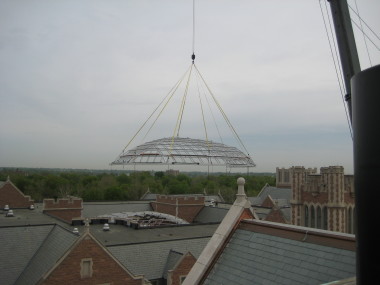 Acme received the AGC Keystone Award for its work on the Washington University School of Law renovation.  The largest crane in Missouri was used to hoist two 30 ton skylight pieces into place to enclose an existing open air atrium in Anheuser-Bush Hall School of Law.  The project was very risky and extreme attention to detail was required, as it was imperative that the awkward skylight pieces remained level during the hoist and move.  Workspace was extremely tight due to the building being situated in the middle of a built-up college campus.  Acme completed the hoist and installation of the skylight flawlessly and the building was able to reopen ahead of schedule.  Learn more about the project here:  http://law.wustl.edu/news/pages.aspx?id=6541.  A video of the hoist can be seen here:  http://mediasite.law.wustl.edu/Mediasite/Play/f1db0908-6cc6-4e40-9628-b1ac9804e6ca.